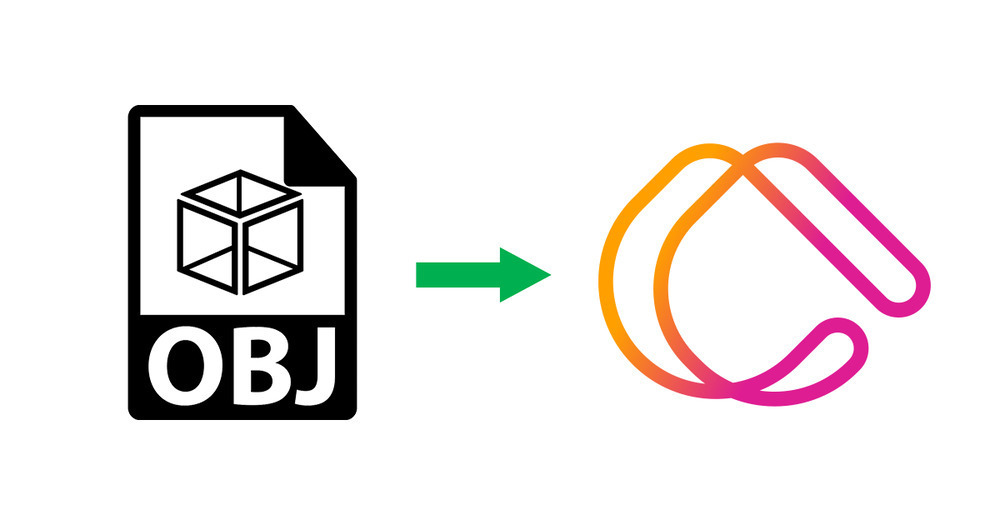 No worry about 3D sync, you can use our batch brick key renaming feature later on.

Relevant and unique brick keys within your showcase are important for the day you want to update your showcase 3D models while keeping all your field/value, material, lighting setup untouched.

Having your OBJ file organized with meshes grouped and properly named will give you better control of the final 3D configurator you want to provide to your users and will also simplify sync with your 3D/CAD software.

However organizing 3D models is not always possible at the beginning of your 3D configurator journey and sometimes you just want to import 3D file and make a 3D configurator as quick as possible without thinking too much about the future.

That's why Apviz 3D import now allows OBJ files with no proper naming and will generate brick keys for you. Allowing you to get your 3D configurator ready to integrate to your website for rapid market penetration ⚡️

When parsing your OBJ file, Apviz will make everything possible to find out the best name for a brick key here is how Apviz generates a brick key by priority:

Import your OBJ file as usual: 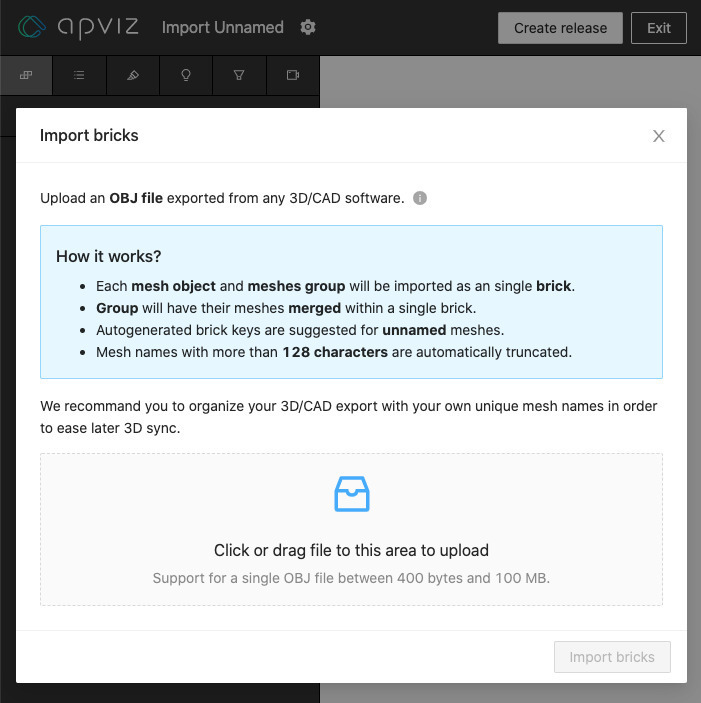 Autogenerated "no_name" brick keys will be suggested for unnamed meshes: 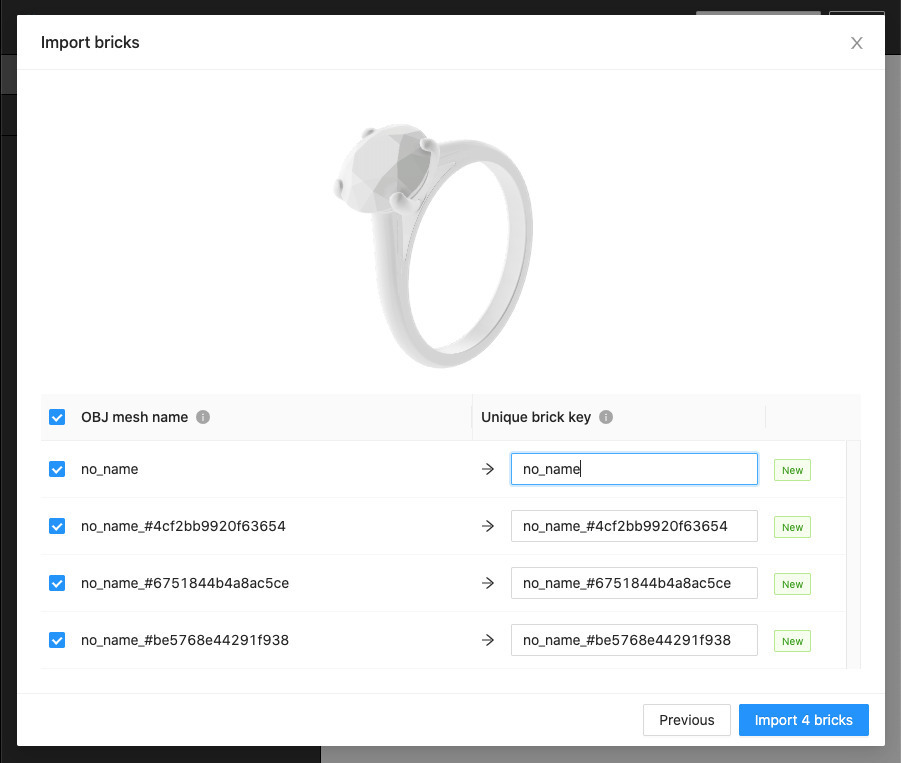 Keep in mind that although Apviz will do it's best to find out the best brick key for your meshes. We recommend you to properly name your 3D models within you 3D/CAD software before importing the OBJ file to Apviz in order to ease later 3D sync.

But no worry if you imported a poorly named OBJ file, you can still use our batch brick key renaming feature at any time.

We have the right solution for every use case 😉

Apviz allows importing 3D bricks from an OBJ file which is supported by a wide variety of 3D/CAD softwares. We have strong support and experience for the following ones:

This new import feature is available starting today both via Apviz studio user interface but also via Apviz GraphQL API through the Showcase.parseBricksFile query and the importBricks mutation:

Just import any OBJ file and it will be available for field/value and material setup within a few seconds!